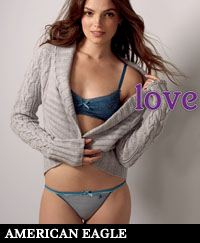 The more I read about the Polanski case, the harder I find myself leaning toward witch hunt, but I’ll remain on the fence. The pertinent data seems to be as follows:

Statutory rape is based on the assumption that a woman under 18 can not make rational decisions about her sexuality when confronted with an adult. This may be true. The US says that this girl could have in 5 years. Britain says she could have in 3. Other countries differ in either direction. In my opinion, the US is closer to the truth. Whatever the case, it’s difficult to argue sanely that the crime is equal to that of a forced sexual assault against an adult woman.

On the question of force, we have two pieces of evidence. Less valuable are Geimer’s recollections of her feelings at the time, which, as hard as it is to accept, were nearly useless when recorded 30 years after the fact. More damning is the application of methaqualone to the girl’s drink — at the time a popular grey market recreational sedative.

There is no pattern of action, unusual for a true sexual predator. Polanski has received no allegations of sexual misconduct in the years preceding, nor in the years since. His pregnant wife had been murdered eight years before the incident. Polanski has now been married for the past 20 years. A settlement was reached, Geimer has dropped charges, and wishes to see the whole thing forgotten.

But America can go a bit nuts when a crime involves sex, especially with a minor, even while lingering over its American Eagle ads. It can resemble a kind of ritual flagellation, and if that’s the case no one deserves to be flogged for our own sins. As I said, I’m reserving judgement on Polanski, but there’s a whiff of inquisition about this.