Filled the gaps in the roof with expanding foam. Still a few leaks, but mostly sound. 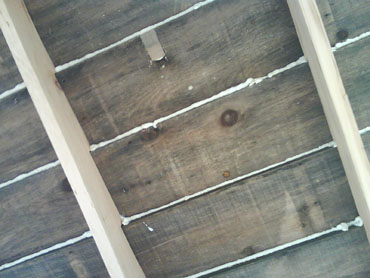 Built a doorframe. Hardware from various junk drawers in the shop. 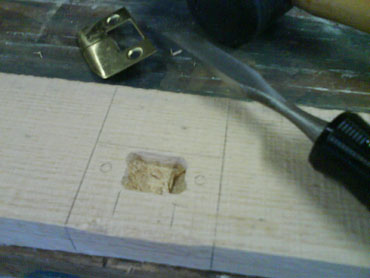 Door scrounged from the old cottage on the island, along with the two side windows. 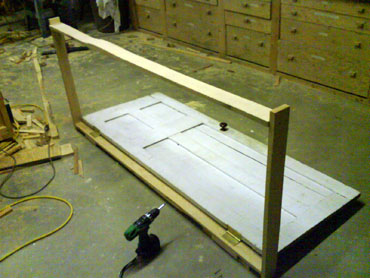 Didn’t do the door the correct way with shims. Nailed and screwed small lengths of scrap around edges of doorframe to straighten it. 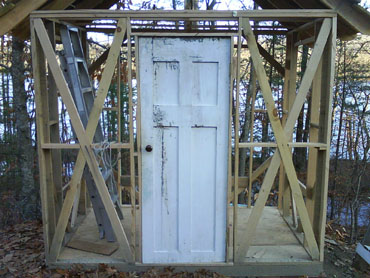 Considered getting help to move the picture window into place, but found a way to do it alone. Tacked a pair of strips to the outside of the shack, to prevent it from tipping outward. 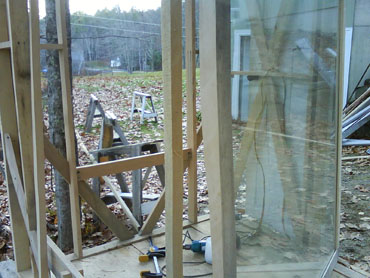 Not quite enough space to get the window into place. Had to shave the gap down.

Rocked the window into position by stepping it up on levels. Clamped it to frame and pinned it from sides with screws. 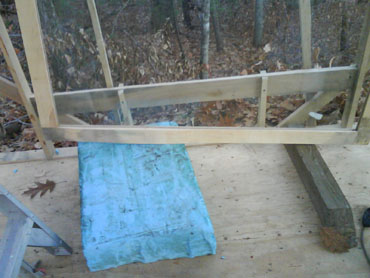 Tacked a strip under where I wanted the side windows, after a few false starts. Put the weight of the windows on the strips, and used clamps to keep them from tipping. Measured, screwed the hinges in, and then removed the strips. 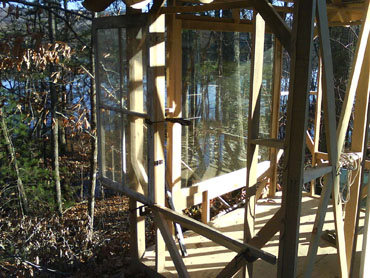 Tacked foam tape around the frames of the side windows. Used hardware from one of the old boats at the top and bottom of either as latches. Walls in progress.