Scrounged some bricks and began trying to level the ground. Laid stakes at a desired level. 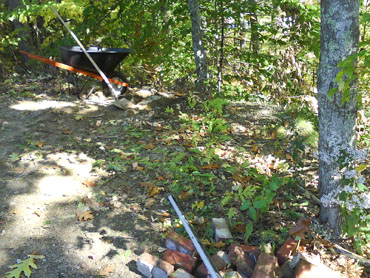 Big rock on the spot I selected. Started digging it out. Planned to get under it and tip it flat, then fill around it again. 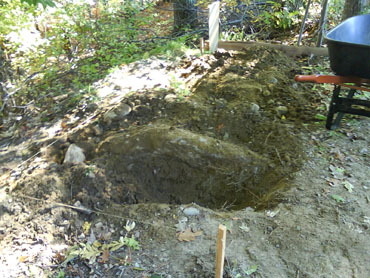 Rock turned out to be bigger than expected. Afternoon was disappearing. 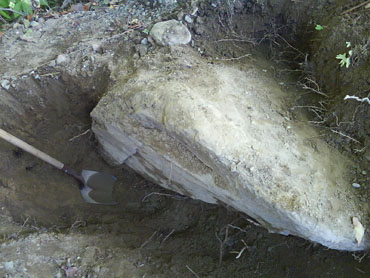 Found the “bottom” about 3 feet down. 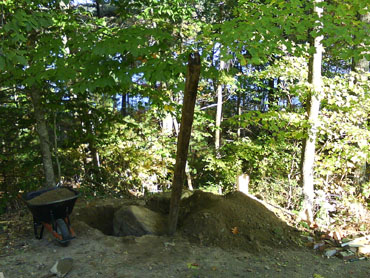 Tried to tilt it with a plank. Wouldn’t budge. Kept digging out around it and retrying. Realized I’d only uncovered the narrow end of a long, flat boulder. Gave up and filled the hole back in. 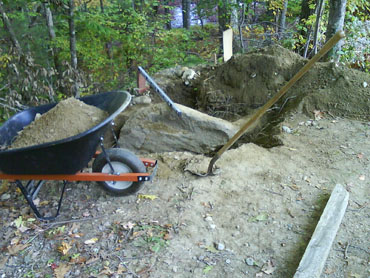 Decided to bring the floor frame itself in and see how low it could sit on top of the boulder’s edge. 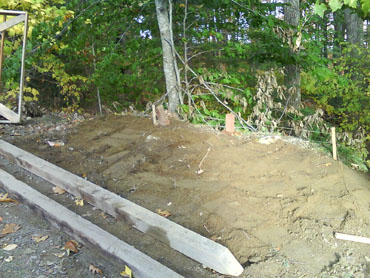 Repacked the dirt as much as possible. 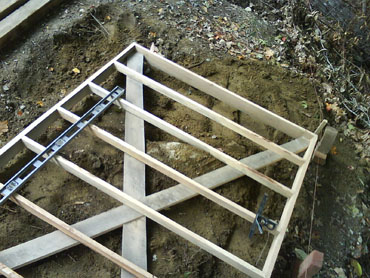 Worked out the lowest point the floor could sit. Levelled the floor frame using the ledge as a fulcrum. 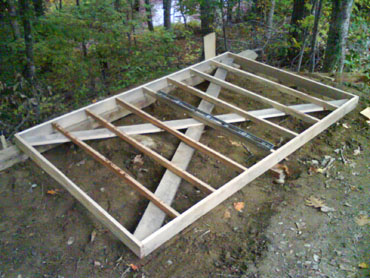 Set four sets of four bricks crossways to act as feet for a plank on the banking (east) side. 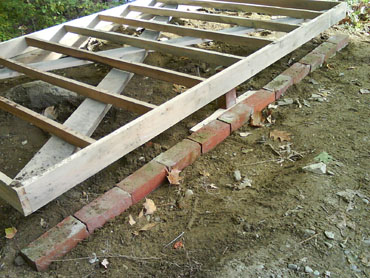 Levelled and packed the dirt, and laid a line of bricks under the west side. 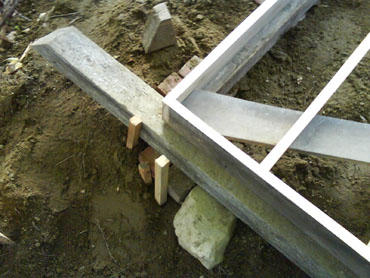 Drove additional stakes to keep the east plank and bricks in place. Cut a second plank to fit north and south sides. Dug and set them in place. 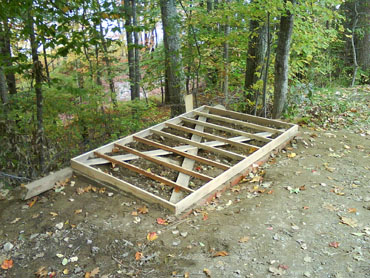 Secured the floor to the planks with 3″ screws, toenailed in alternating directions. Partially filled the inside with dirt.