The Most Generic iOS Games That Don’t Exist (Yet!)

Some call it originality. I call it being the first loser.

The iOS gaming space is crowded. Metacritic lists 10,934. Doing a word frequency analysis on their titles, we can come up with the ultimate must-hit games. I’m expecting a 20% cut when these become reality, on top of whatever Apple’s charging.

These are the first three nouns on our list. In order. War (349), Game (332), and Man (308), have almost a thousand hits between them, when you exclude two-letter combinations and common hyphen-ation frag-ments. More importantly, they’re three things hardcore gamers crave: Wars, games and men. So I’m told. Felch out literally anything with a tank, a guy in a helmet, and this title, and sit back until you hear the backup beep of the money truck.

Ace Ball Age: Bat Hero — The fate of Baseballalandia teeters on the edge, in this exciting sports/RPG hybrid!

Next up–still in order, without skipping any words–is a guaranteed money spigot. Ace (246) Ball (212) Age (210) Bat (207) Hero (198). “Oh gee, we don’t have any assets for a baseball title or an RPG,” SAID NO ONE EVER! You’ll launch the project Tuesday and be on the app store by Friday. Buy some Sponsored Content (“This Baseball RPG Will Make You Blot Out the Sun With Jizz–Especially If You’re a Woman!”) and start looking like a hoarder’s house but with money stacks.

Sure, Tar (198) Ash (197) Ant (193) Art (188) is probably 90% pieces of other words, but it’s also in order, and also (while a little dark) the sort of strange-sounding, boring-to-play game that smartphone gamers love to hype. Start the train early, with forum posts, concept art, and “first looks.” Maybe put out an unplayable alpha to presale backers (basically the game with a broken start button), an almost-playable beta (a working start button, no levels, and a “crash app after 80 seconds” timer), and finally–finally–the big release (the alpha, with a better splash screen). Go Free to Play after three months. Charge $10 to stop the app from filling your Notification Center with achievement trophies and dead ants.

Maybe not a sure hit now, but they’ll clamor for a VR remake in 12 years.

You want longer words? How about this:

Two for one! King (187) doesn’t even come up in that many other words, and while Venture (184) technically is included in every instance of Adventure (179), they’re still the next three nouns on our list–and still in order, with no gaps. Adventure ho, Your Majesty! Ho I say!

Don’t want to use any more three-letter words at all? Fine. We can still play:

Star Zombie — Star. Zombie. It was on the tip of everyone’s tongue. We just gave it a name.

You got chocolate in my edible body paint, peanut! Star (177) Zombie (170) finally brings together two things the market isn’t at all sick of: Zombies, zombies, zombies, and games with vague generic sci-fi backdrops. Oh no please. Keep some of your money. I have so much…

Battle World: Super Land — Only one can dominate something, somewhere. Presumably!

They said it couldn’t be done in an iPhone game, but we made a game about war! And we made it with the next few words, in order, with no gaps. In Battle (165) World (152) Super (149) Land (147) you decide how to wage peace across the ill-fitting board, in the only game to include square, hexagonal, pentagonal, and rhomboid tiles in the same otherwise largely undifferentiated levels.

Aw hell, just give me $1MM now and I’ll throw in the next 21 (in-order, four or more letter, without gaps, guaranteed hit titles) for 10% off the top:

Dash Knight Ventures — (61, 60, 58) Sadly, nostalgia-buying an even worse knockoff of Rocket Knight Adventures probably won’t be the worst life decision your customers will have made.

Part — (54) Spread things and stick other things into places in this puzzling–and completely non-erotic–puzzle game.

Make cheques payable to the management. 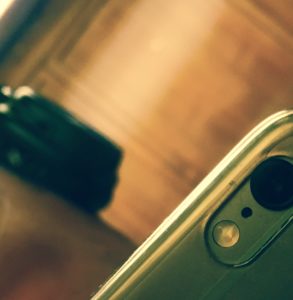