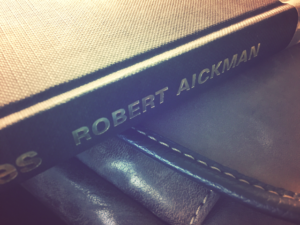 I like to think I'm my own essential service.