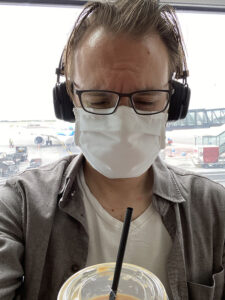 Matt Rasmussen is an award-winning filmmaker, developer, game designer and VFX artist whose work has appeared on screens at the Boston Sci-Fi Film Festival, the Woods Hole Film Festival, the Coolidge Corner Theater, the Annual Copenhagen Film Festival, the Boston Museum of Science, and others. He is currently based in Copenhagen, studying for a Masters in Multimedia & Game Design at the Royal Danish Academy of Fine Arts.  He holds a BFA with honors in Film from the Massachusetts College of Art in Boston, and is a founding member of Boston new media collective The Rhino Crate.

The Space Toast Page has existed in one place or another since 1999, serving as Matt Rasmussen’s public sketch and notebook. The management can be reached at me@spacetoast.net.