“What would happen if I stayed here?” you ask the void.

“Nothing,” the void whispers back. “Absolutely nothing.”

English funerary effigies like these began to be produced in the 14th Century in immitation of the Continental style, with locally-sourced alabaster in place of imported marble. According to Rachel Dressler, the waxy translucency of the stone was prized for its immitation of flesh, and “spiritual aura” in the light. History Live! North East is working with the University of Maine to create a modern reproduction of such a monument as an educational outreach tool. Sponsors (and I must recommend becoming one) can see their own coat of arms added to the base of the sarcophagus.

I’m going to miss Jyderup Højskole, and the beautiful landscape. 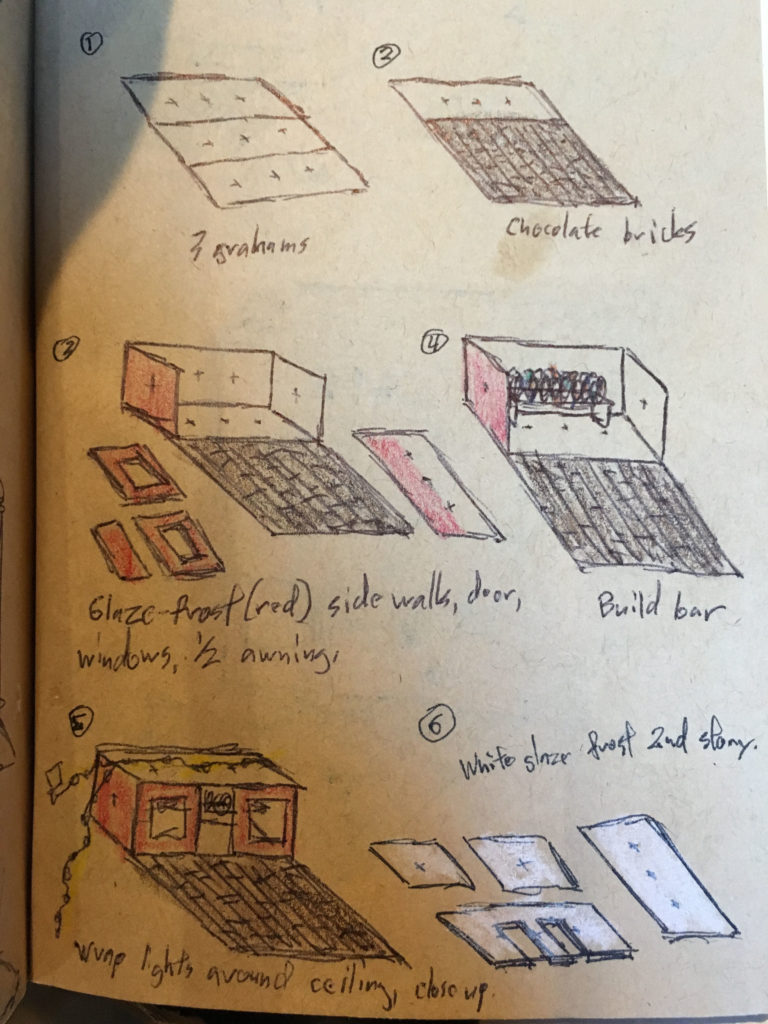 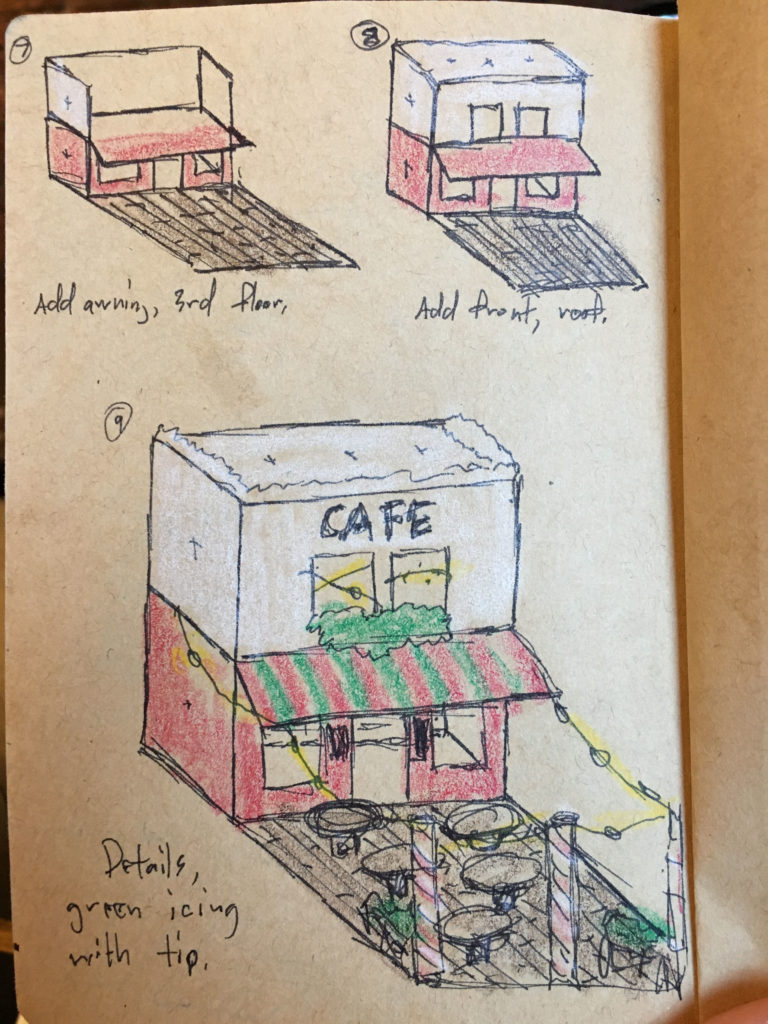 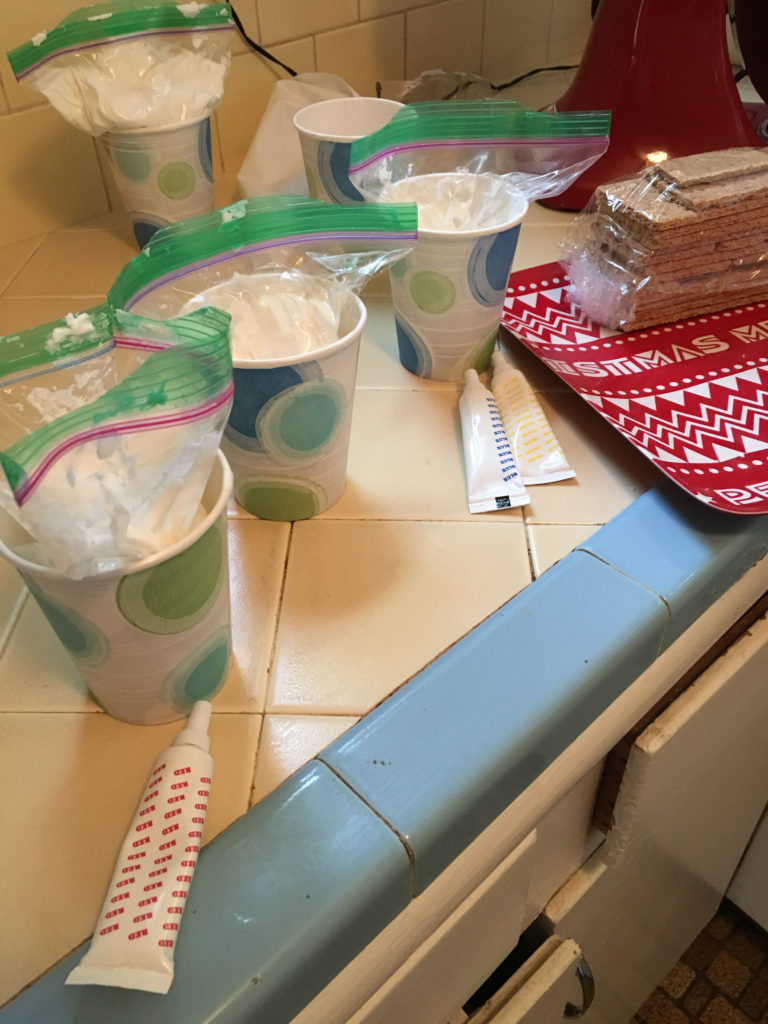 Make up some royal icing. Split it up; dye one batch red, another green. (Keep a bunch white.) 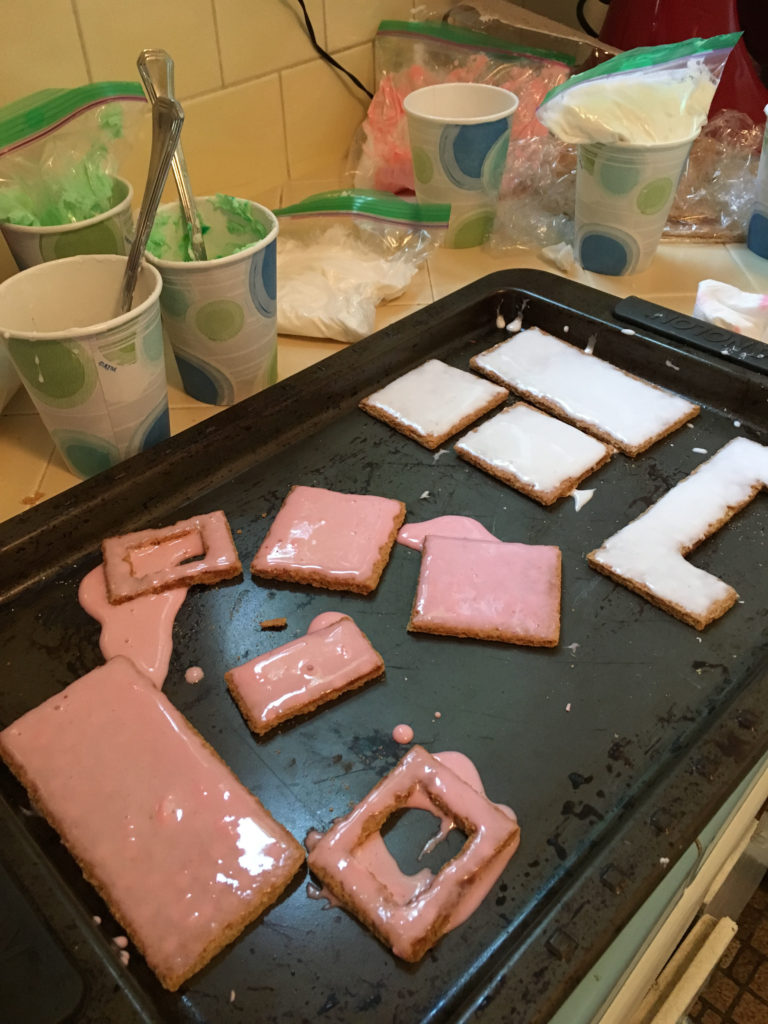 Cut your graham crackers to size per the pattern above. I found that using a sharp paring knife that I kept wetting (since graham crackers turn to mush when damp) and a lot of patient, repeated cuts over the same line worked well.

Royal icing turns to goo with a very small amount of water added. Take some of your red and some of your white; add a little bit of water to each. (Not too much, or you’ll soak the graham crackers, and, well, mush.) Spread the color on the cut pieces as above. Leave them to dry a couple hours. 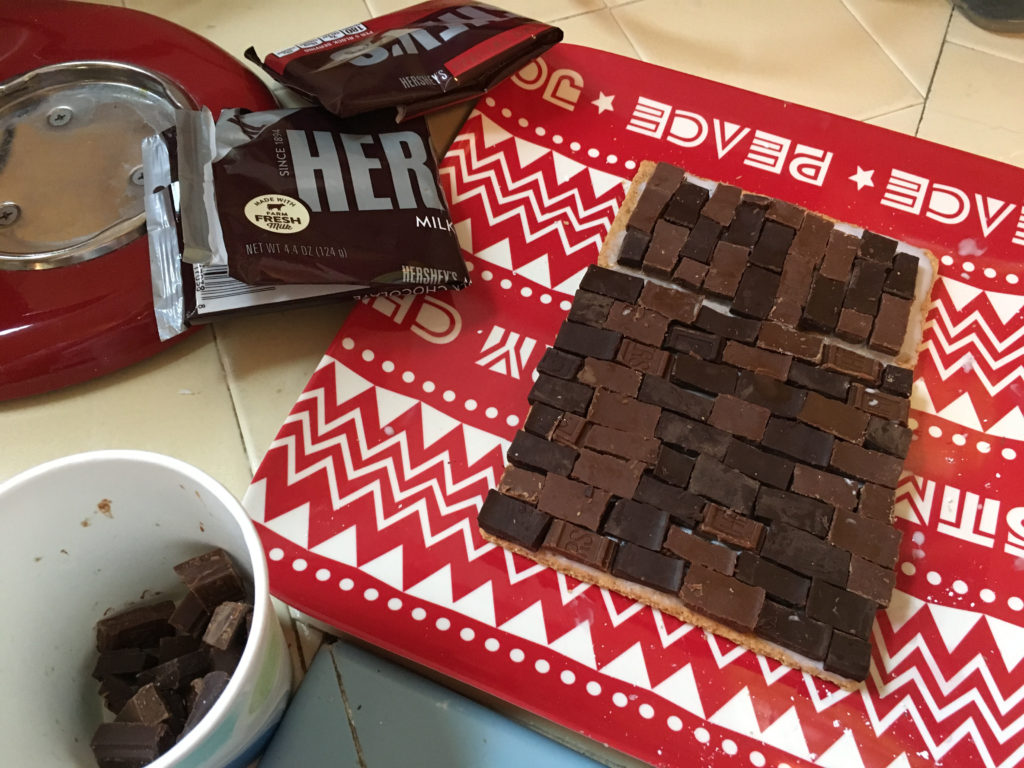 Cut a milk chocolate and a dark chocolate Hershey bar into bricks (4 per rectangle). Glue down the 3 floor graham crackers to the work surface with royal icing. Wet down some more royal icing, adding black food coloring if desired, and spread it out for mortar. Lay down the chocolate bricks, leaving room for the cafe walls to go in. 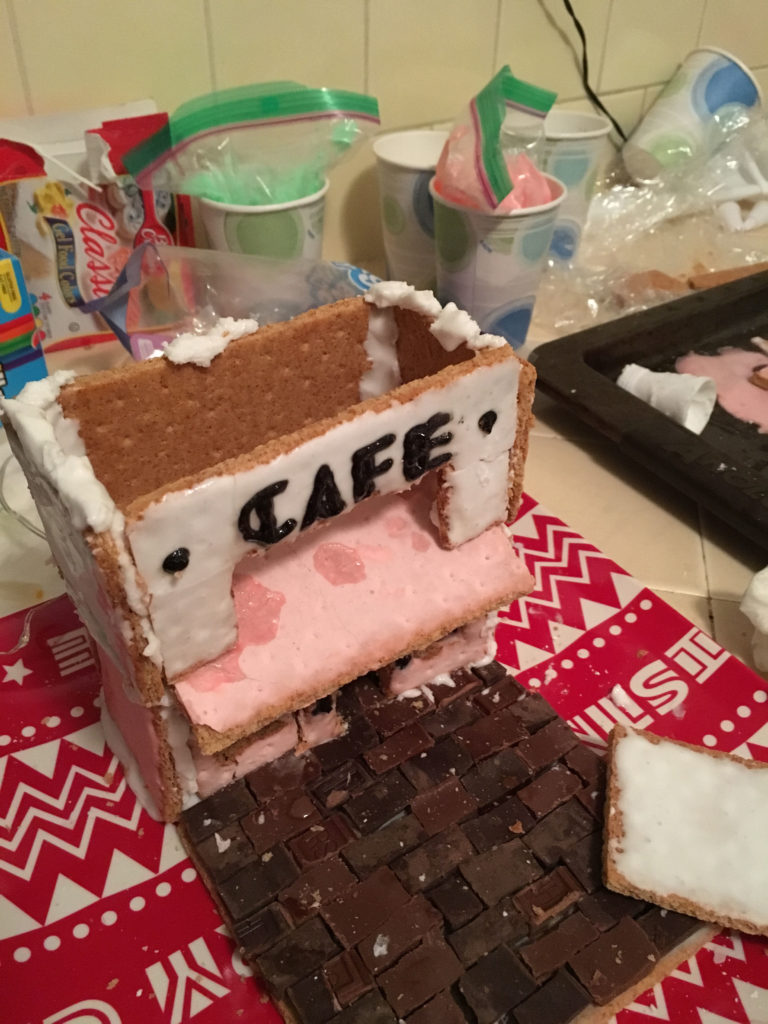 Once the walls are dry, start gluing the pieces together, as shown above. Use an extra piece of graham cracker propped up with leftover bricks for the bar. Soak some Mike & Ikes in warm water to remove the outer coating. Mix & match to fill the bar with bottles. Wrap the mini LED lights a few times around the ceiling of the first floor to light the interior. Leave some extra light wire trailing off to string up as hanging lights. 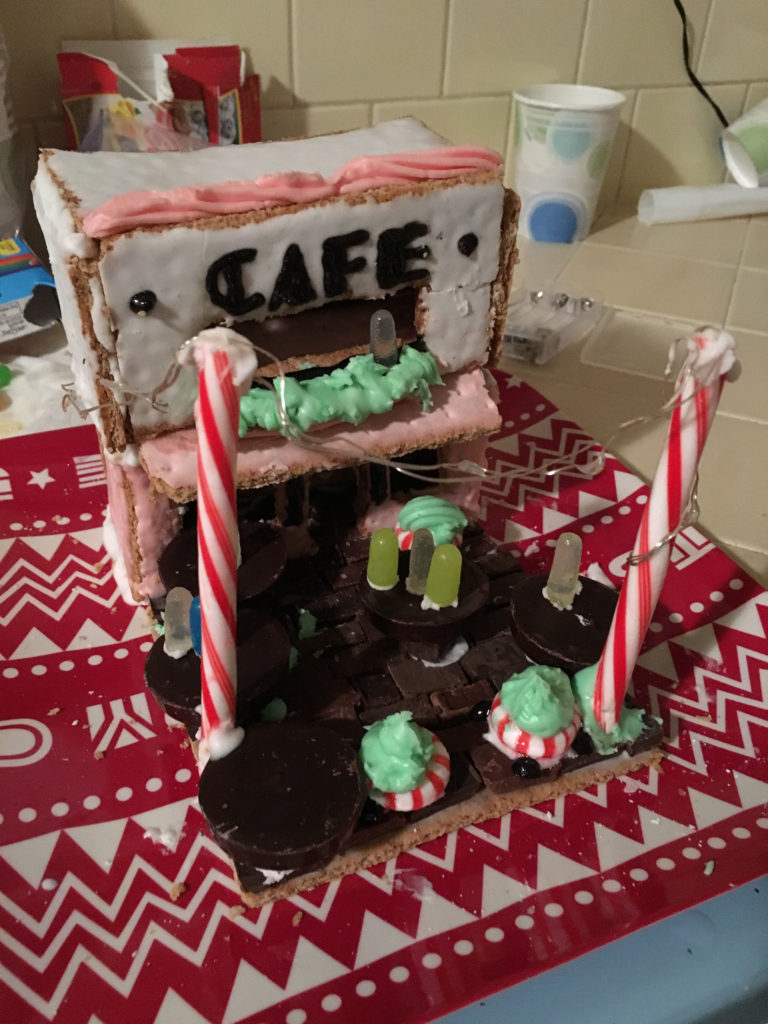 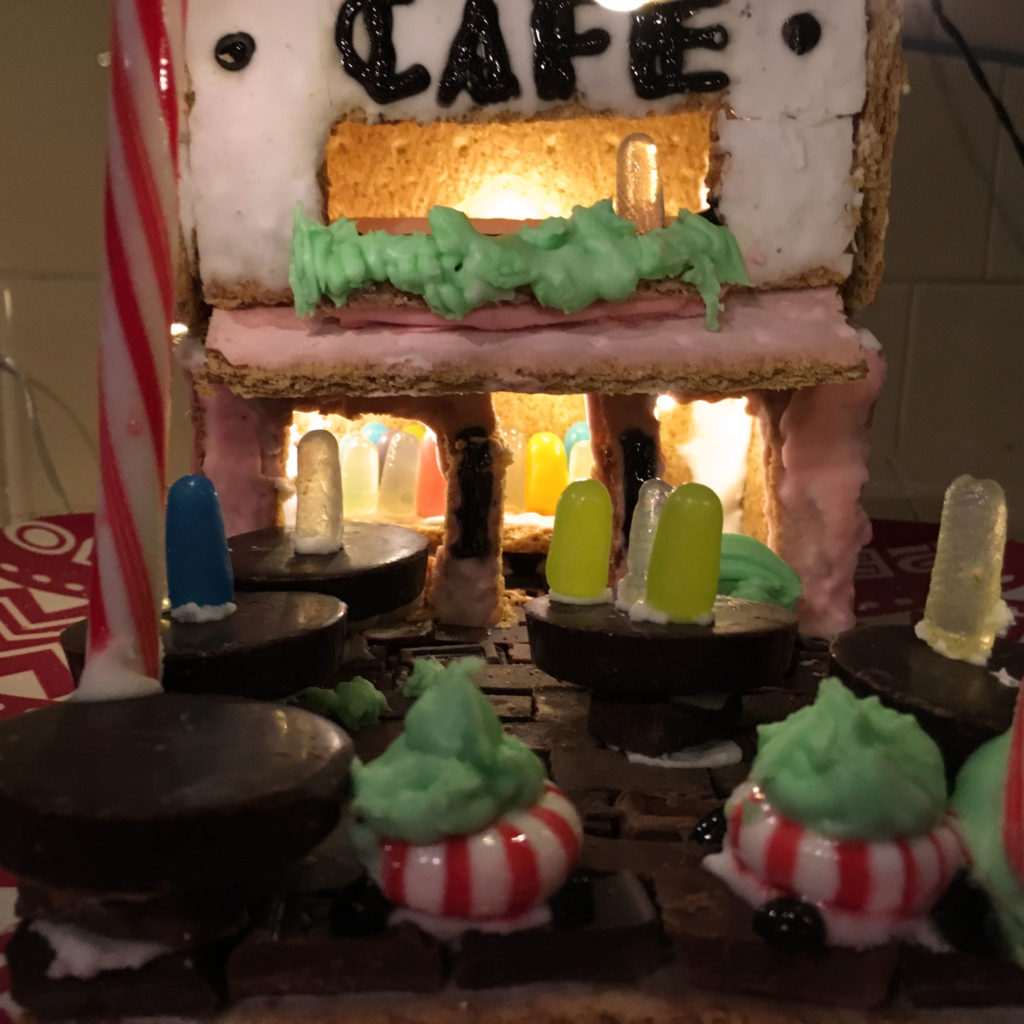 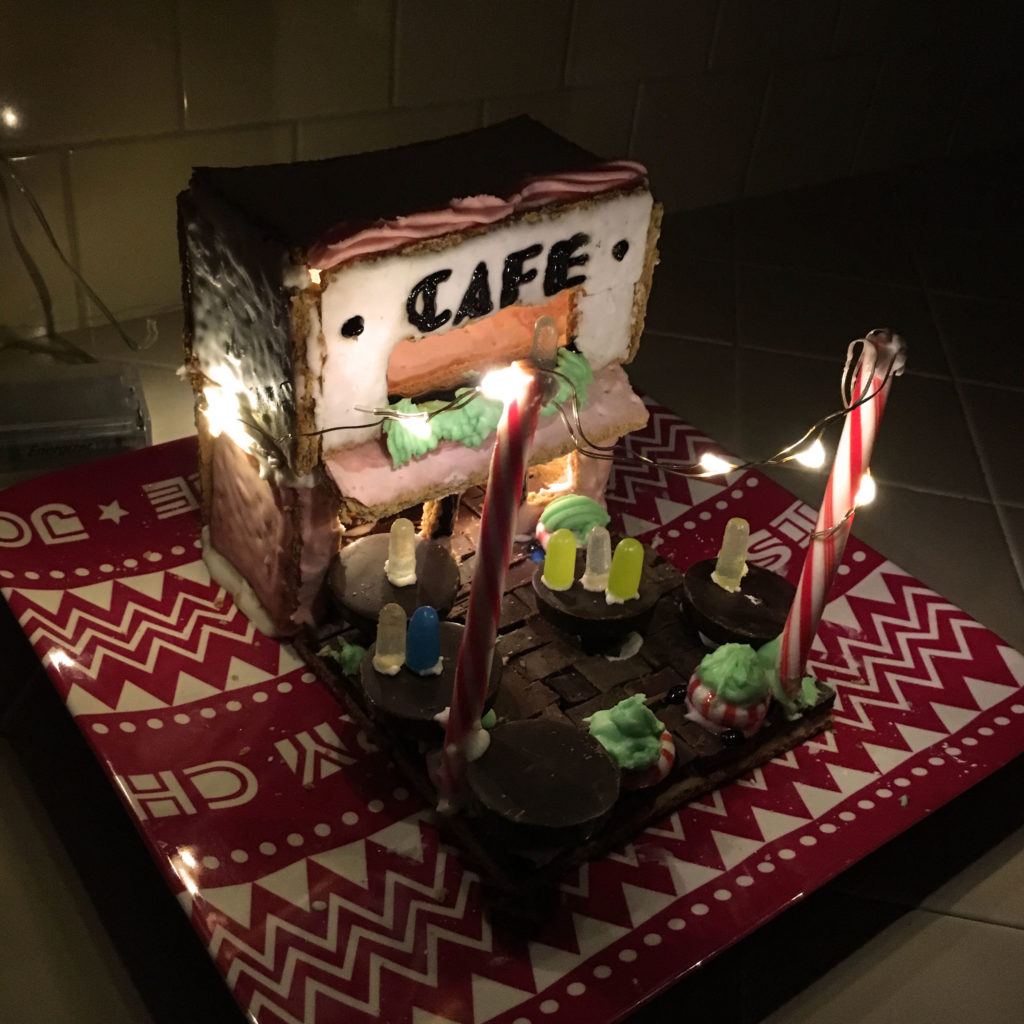 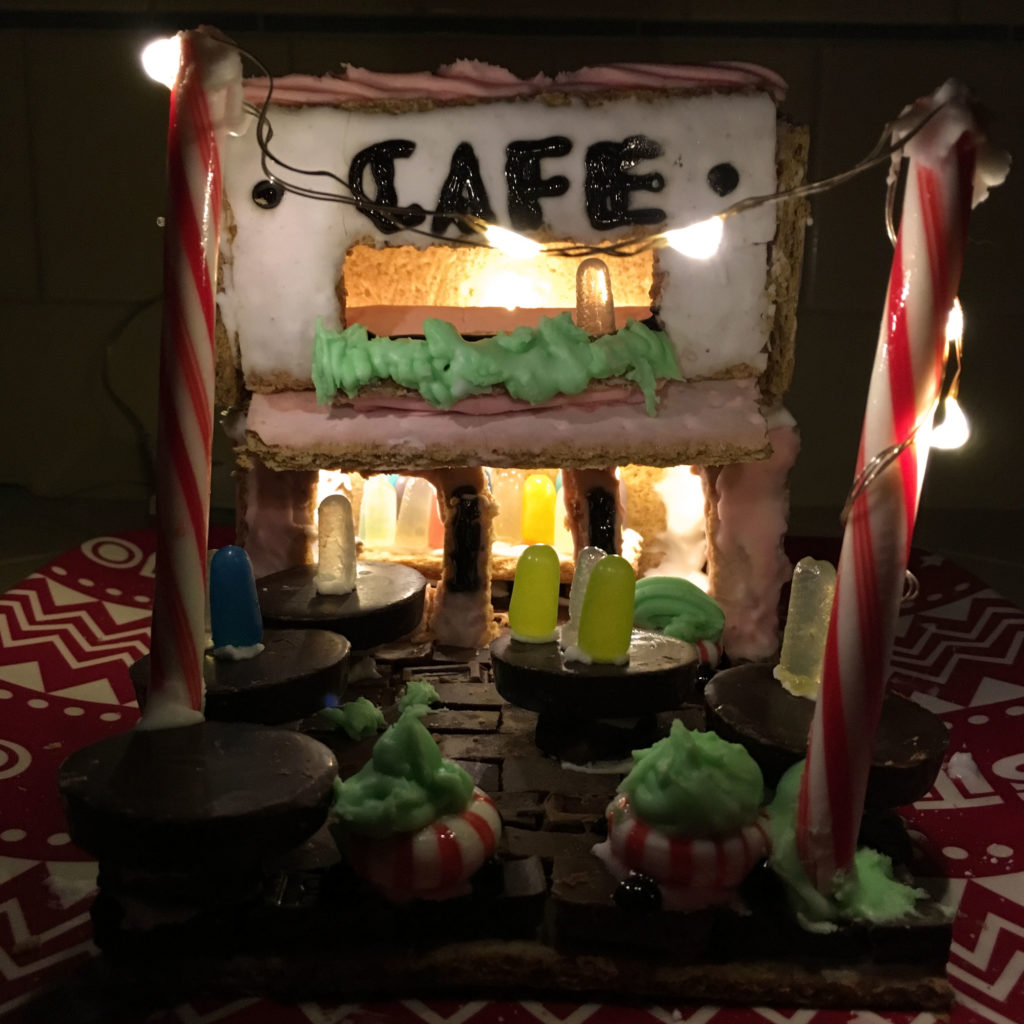 One of Disney’s last traditionally animated (2-D) films, with the exception of all characters’ photorealistic CGI hands.

A third act was completed, but cut from the final film.

Besides the nine credited screenwriters, several Disney senior managers were personally involved in rewrites well into the final week of production. This allegedly explains the otherwise incongruous exchange during the Blowhole Beach chase where Lilly and Mulligan say: “Fuck you, Brent.” “Fuck you, Christine.”

Nominated for the 2003 Best Animation or Musical Oscar, but lost to Dreamworks SKG’s “Captain Hookworm” (2002).

The first and, to date, only film produced in Disney’s proprietary 17:1 “Hyper Widescope” format. Following negative reaction in theaters, the film was heavily cropped for home video release, explaining why most action and dialogue take place offscreen.

Work on the film was fully rebooted and all prior work scrapped after one of the original directors failed to properly kowtow to chairman Jeffrey Katzenberg.

The running joke about Dr. Grooventein being back to “Teabag Iz’ey’s balls” was not scripted, but the result of clever audio editing around David Ogden Stiers’ constant improvisational muttering in the recording booth, often over other actors’ lines. No one named “Iz’ey” appears in the script, nor is Ogden Steirs known to have been officially hired for the film.

According to co-co-Director Sam Marshall, Lilly Pikachu is not a fox but an Antarctic explorer from the human world in an elaborate, anatomically-correct costume.

The song “Suck My Kiss” was later recorded by the Red Hot Chili Peppers.

Produced under the title “Tuesday I’m Eating” as a lower cost “B” project alongside the  expected box office smash then titled “Hoof Town.” When the original “Hoof Town” performed poorly, the titles were switched to the confusion of most moviegoers, in order to chalk it up as a win on quarterly financial statements. (The original “Hoof Town” was later released on home video as “Monkey Spanks: Private Eye”.) This explains why neither a single hoofed animal nor a town appear in the film.

Drew the ire of many Conservative Christian parents’ groups for being a movie.

As a result of contractual obligations and poor timing, the requisite Broadway adaptation opened the same day as the theatrical release, resulting in an infinite recursion of royalty payments between the two Disney divisions. Still ongoing to this day, these payments make it both the highest grossing and greatest financial loss of any Disney film.

Howard Pauls, key animator on Spunky Sally, has not been seen by any current member of the Walt Disney animation staff. The last of Walt’s famed Nine Old Men, Pauls exchanges work through a gap under his locked office door. Some suspect he is long dead and it is the room itself producing the drawings.

“Truundelhorn” is a real brand of Hungarian truck, although they have not been sold with anti-Semitic slogans on the hood since 1993.

Similarities have been noted between the plot and that of Virginia Woolf’s “To the Lighthouse,” in that neither has one.

Roger Ebert admitted that he was high on mushrooms while reviewing the film, but did not feel it altered his opinion meaningfully.

Julia Louis-Dreyfus delivers the second-longest racist tirade by a former “Seinfeld” cast member in a Disney movie, and the third longest in any animated movie. (See Trivia for “The Hunchback of Notre Dame” (1996) and “Bee Movie” (2007).)

Hidden Mickey: Beneath the word “SEX” in the underwater rave scene.

David Schramm recorded all of the lines for Based Barry in March of 2001, before being ordered whacked by Disney management in November of that year. Reginald VelJohnson was brought in as a last-minute replacement.

George Clooney, David Thewlis, George C. Scott, William H. Macy and Linda Carter were all considered for the role of the ottoman.

Daveigh Chase, Colm Meaney, Nicolas Refn and Jaden Smith were all considered for the role of Peter Pubgoer, which eventually went to all of them.

Stitched together in Hugin from seven iPhone4 pictures. HDR off. Miller Cylindrical projection.

(I should be working on “Super Life.”)

Stitched together in Hugin 0.7.0 from 15 iPhone4 pictures. Mercator projection.

(Please forgive the delay since last posting a panorama. I’ve shot several, but been unable to produce any usable output with Hugin 2010.4.0 or Hugin 2011.0.1-Beta 2. It may simply be a question of Hugin growing more particular about its input, while my fascination remains the unpredictability inherent in building a panorama up from numerous low-quality images. I’ve admitted defeat and fallen back to version 0.7.0.) 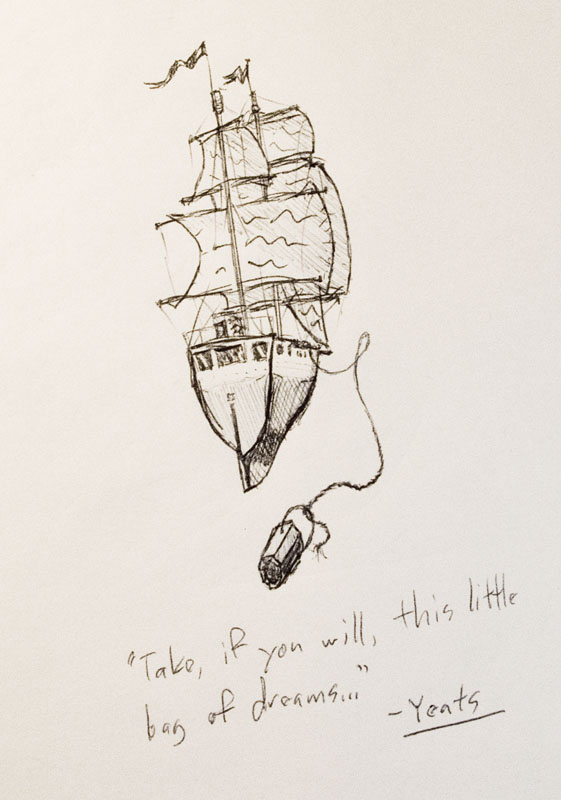 Stitched together in Hugin from 38 camera phone pictures. Cylindrical projection.

Stitched together in Hugin from 30 camera phone pictures. Mercator projection.

The Common, Union, ME.

Stitched together in Hugin from 21 camera phone pictures. Mercator projection.

If there actually is a child chapter book or band named after any of the following, I stand behind my opinions. 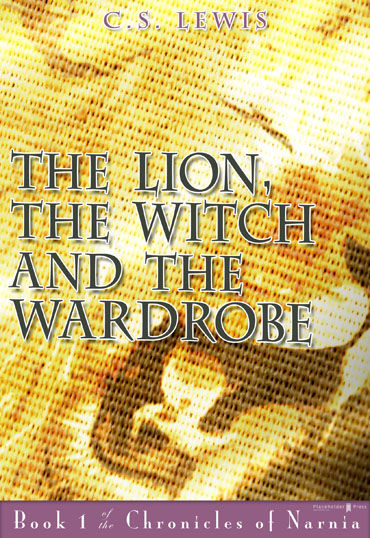 Speed composition of a book cover for C. S. Lewis’s The Lion, The Witch and the Wardrobe, the first book of the Chronicles of Narnia (if numbered correctly).

Assets are “Tambako the Jaguar’s” CC licensed photograph of a lion from Flickr, and Henningklevjer’s CC licensed cloth weave texture from the Wikimedia Commons. Fonts are Charlemagne and Mona Lisa Solid.

Under 111 minutes? No, but with the template established, the rest of the series should go faster.

Somewhere in a lonely place your AIM message still says you're in the shower and that you've been Idle since 2005.