It was always an ambitious project, and not everything made it over the finish line.

UI Feedback: There’s a lot happening behind the scenes that the game doesn’t explain well. Every “CPU” (the brains of the robot, but also a physical robot part in the game) has randomized stats: Processing, Memory, Inputs and Outputs. These special stats aren’t altered by Upgrades, but they can be boosted by being close to (“meshing with”) nearby robots with higher stats. Processing governs how often an AI-controlled bot can reevaluate its choices. Memory is how much you can’t see but can “remember”–the fog of war. Inputs allow you a certain number of sensors you can equip. Outputs allow a set number of moving parts you can control. Likewise, damage isn’t well described, although your damaged parts do noticeably work less well.

Multiple “Car” Robots: Everything the bots do is designed around being able to take up more than one tile, dragging parts behind like train cars. Sadly, none of this made it into the final game, making even the word “convoy” seem slightly out of place. Bots sitting on top of other bots, and being carried along is–as best I can tell–entirely possible even in the demo build, but without trailers there’s not much point to it. So, no, we don’t get to play Tiny Convoy: Fury Road.

The Conversation Grid: The idea was to coordinate with your convoy without using words. You’d click on a friend and their internal map (from the Pathfinder) would come up as a grid of little icons. You could click on things to give them “ideas,” or to dissuade them from doing something dumb. It would have fed into their AI, not as a command, but as one of the AI’s competing ideas, with a boosted weight–sort of like the forgotten but brilliant “Galapagos.”

There is the start of a fun little game here. The many interacting systems largely work as intended, and cross-talk in interesting ways. The whole visual and audio presentation is inviting and detailed. With more content, fine-tuning and iterative playtesting, this could easily become a very good game.

But, on to second semester!

I took programming dangers in the game as an opportunity to take a breather from coding and realize some art assets. 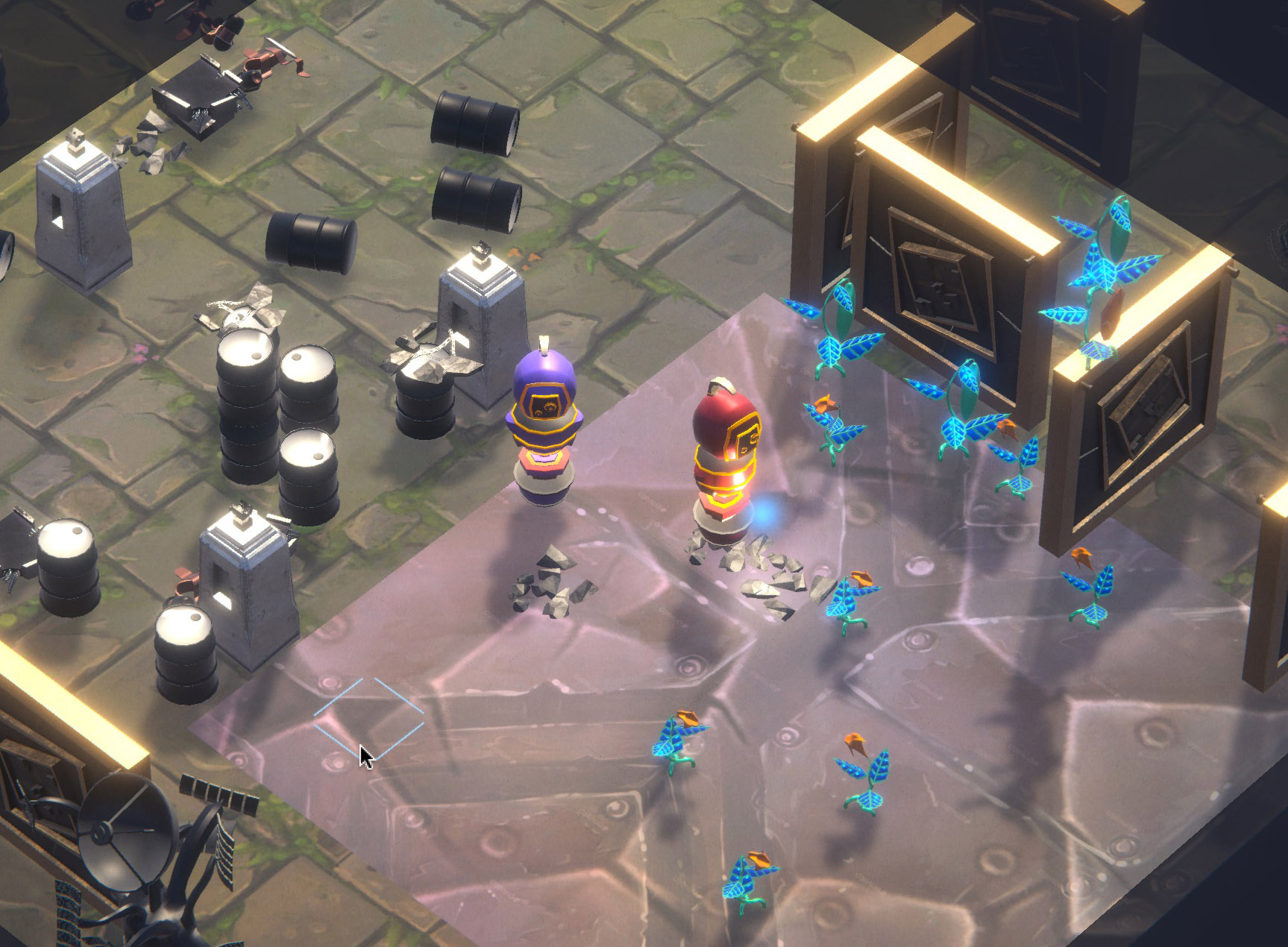 That "If I didn't tell her" line from California Dreamin' still intrigues the hell out of me.

I literally can't quite.