-2kdpAGDu8s
You need Flash player 8+ and JavaScript enabled to view this video.
YouTubeCapper.Blogspot.com
And to the sound of the Dumb Dumb song, we welcome you to a classic piece of WTF.
The Allegory of Bertrand Russell
Clearly.
Wh-? Where did-?!

Oh god, the monkey was a suicide bomber!

♫ He didn’t speak unless spoken to…
“FOR THE CAUSE -!”
*bits of dead monkey begin to fall*
“Plod along mindlessly, and withdraw within yourself when there’s unrest.”
*instinctively mashes the Top Menu button*
“…any unathorized rebroadcast, retransmission, or relocation without the express written consent of the Civil Defense Administration is prohibited.”

I think Bert’s pretty much “out” already.
“You’re a puss.”
Scenes from “Burt the Turtle Fights VD”
Emotionally?
Sometimes monkeys just blow themselves up.
“Under my hairpiece, children.”
But do we understand its needs?
“Such as school desegregation.”
Alert the FBI if you see anyone talking to unknown fires in your neighborhood.
Hitler!
“If you ever need to drill a fire.”
“Herbie: Fully Loaded” should be avoided at all costs.
“Our ragamuffins shall protect us from the cars.”
Or risk suburban ostracism.
Pre-Tweens
Chances are you won’t.
If you’re not lucky enough to be vaporized instantly.

Or will again.
Miss Rumphius: Or, How I Learned to Stop Worrying and Love the Bomb
“Burn your shadow into the pavement…”
“It can menace people near drugstores, and smoke marijuana.”
Please. Bert is boiled like a sweet in there.
“Oh yeah. Oh god yeah.”
Did you know your homeowner policy doesn’t cover atomic brinksmanship?
Shame-wise
With your face?
Cover your back with your septum.
“Isn’t this f*cking bullsh*t? Wouldn’t we f*cking die anyway?”
“Shut the f*ck up, Betty.”
Sometimes you will see the monkey, sometimes you will not.
“Permission to go faster, sir.”
“PBS. No, the Mrs. Slocum’s Pussy tote bag is at the $200 level.”
“Does that look like an atomic bomb to you?”
You may be playing with yourself when the signal comes.
FASTER! TRAMPLE EACH OTHER, YOU F*CKERS! THE WEAK WILL NOT REPRODUCE UNDER THE NEW ORDER!
“Galactus!”
In your perfectly pressed suit.
Near the liqueur cabinet.
If you’re in Chinatown…
“It’s in my soundproofed apartment, right up there…”
“Let go of my elbow.”

“…you may encounter a Beatnik.” 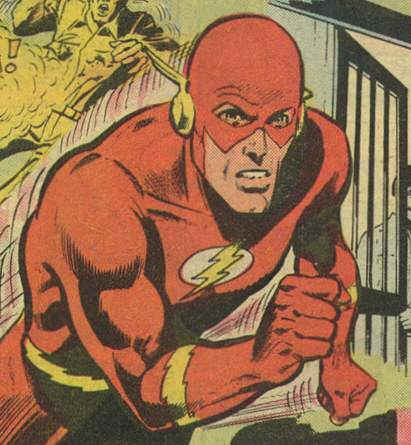 Unless you’re The Flash.
“When they dump your books, dive into a fetal position, screaming like a little girl. Watch…”
“Ugod! Wah! Stopit! Stopit! Aaugh!”
“See how he’s wet himself?”
“That’ll keep them from stuffing you in the janitor’s cart.”
“Expect them to spit on you. Fortunately, no one can jack off fast enough to soil you in that manner.”
I’ll take my chances with the bomb, thank you.
Except the room itself.
“IT’S THE END OF THE WORLD, KIDS! INCEST! DRUGS! WAAAH! HA HA HA HA!”
“…they’ll never live down the shame.”
“Out of my way, b*tch!”
“Too bad they won’t be around to enjoy it.”
“A feeble attempt, really.”
“Future civilizations will be amused by the shapes they leave in the half-molten topsoil.”

GAH! They are!
Did she put her head through the cladding?
Or her head will be preserved, anyway.
“Tony regularly wets the bed as a result. Tony’s dad beats him.”
Tony, can I recommend the other side of the wall?
Tony thinks that if he can’t see the shockwave, it can’t see him.
“Notice how he weeps, and curses Oppenheimer.”
Any unnecessary rubbing or thrusting he does is condoned by the United States Government.
“He’s armed, so be careful of him in the ensuing anarchy.”
“No matter how mad his demands.”
The armored schoolbus
“Has it ever been cleaned down here?!”
“The glass may melt and splash across your body, casting your final scream in a hideous crystalline death mask.”
“Stop eating the cooking fuel!”
If they know what’s good for them.
Or they believe it, and that’s the important bit for civil control.
As long as it’s made of 3″ thick lead.
“Which shouldn’t be much of anywhere, or you’ll just be getting what’s coming to you, you slut.”
That could have gone so many kinds of wrong.
“In all likelihood, falling structures will do this for you.”
“Seriously, what the f*ck?”
“Review the life flashing before your eyes, as the air fills with a sound and smell of sizzling bacon.”
“…lose that virginity fast.”
Kill every monkey you see.
Don’t call him Barry Allen?
Next from Astoria Public Schools, don’t miss “It’s a M.A.D., M.A.D., M.A.D., M.A.D. Cold War.”
Capped by Space Toast
YouTubeCapper.blogspot.com